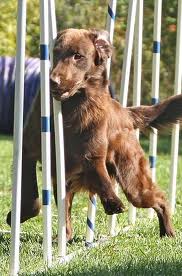 How many forms of Agility are there?  I know my friend's dog is a champion at doggy-Agility.  That form of Agility is well know (in the dog community) and it is all about the test.

For the purpose of this list I'm referring to the software development philosophy of Agility (as in Scrum, XP, Lean, etc.).  Since there is only one definition of Agile in the software community - the Agile Manifesto and it's 12 principles; it would appear to be easy to know what Agility meant.  Alas, it is more elusive than a simple Webster's dictionary definition.  There are too many personal and subjective measures.

But is a subjective experience beyond the ability to measure?  No, it is not.  The nature of an Olympic Platform Dive is a subjective event.  Yet it is measured and scored to a high degree of precession and accuracy to determine the winner in an event.  This is the process of moving the subjective beyond the laypersons personal feelings and into the realm of expert opinion.

Every assessment tool used for measure has aspects of reliability and validity.  Do the instruments (surveys) you are using have these aspects quantified?  If not then they are just ad-hoc hunches and in my opinion you are much better off not subjecting a team to them.  Because this form of directive, will prove to the team that you do not believe in good scientific process (after all you have suggested they use an arbitrary instrument of little validity to measure them).  You have also suspended your belief in the Agile Manifesto's "individuals and interaction over processes and tools" by choosing to use a tool when an interaction with the group would achieve the same results.  Results - what results?

What is the expected outcome of an Agility Assessment?  What results are you after?  Most of the companies I've dealt with wish to assess teams agility in hopes of identifying where to concentrate interventions.  Interventions are then designed to address areas in the team's performance where some action is desired to improve that dimension of Agility.  In so many cases one could just as easily ask the team - where do you wish to improve your Agility.  Wow - with just that one question and response (dialogue) not only have you identified a gap but there is an implicit "readiness to change", because they have identified the area for improvement rather than having been told.

Ben Linders has a list of over 50 agile assessments - doesn't the magnitude of that list prove a point?  There are more agile assessments than there are principle of agile - surely someone is gilding the lily.

For Kanban:
By some measures the light-weight Agile processes have very few rules (about 9 for Scrum).  So how could a test of the process be larger than the process itself e.g. if Scrum only has 9 rules, then a test of scrum would be 9 questions about those rules.

Which Agile Process Should You Choose? a comparative study of Agile processes

Do you know of others - if so please add a comment.

Assessments are not evil, however, I believe that if one choses to consume the teams time in performing an assessment then it should be a valid and reliable measure of what you wish to measure. Of all the assessments above I would argue that as of this date (May, 2011) none have been validated. The Nokia test has expert validity (Sutherland) to strongly suggest that it may be valid, however, it's reliability may be questioned as the data that Sutherland sites typically comes from himself (is there a bias conflict within that expert/validation and reliability claim?). My recommendation is the Comparative Agility survey. Rumor has it that Rubin & Cohn are interested in studying the surveys psychometrics (validity & reliability). This survey is very well executed and allows one to compare their relative score to their own over time (longitudinal study) and to other in their industry sector. With over 2400 surveys collected it may be the only large database of Agility surveys in a public domain. Why not chose to support the community by adding your team's assessment to this resource?

Here is a blog post for results of the Comparative Agility Survey on a very agile team I work with back in 2009.

David said…
Also on InfoQ: What is the value of the Nokia Test?

David said…
Thanks, Kate - I've been looking for the source of that check list - some times paper is not the best artifact to pass around. I love the one page format of that list - while it may lack in fidelity of a term/concept it is quite useful for the knowledgeable evaluator.
October 8, 2011 at 2:49 AM