Your Optimistic Bias won't Allow Your Estimate to Improve

December 24, 2014 By David
When asked, many people wish to get better at estimation by tracking actuals and then assuming that some form of reflection upon those actuals will lead to better estimation.  I've long held a belief that it doesn't happen quite so simply in reality.  There are many assumptions in that proposal that are just glossed over.   Let's list a few (just for fun):  Actuals are accurate and precise representations, time will be allotted to reflections and learning,  people (teams of people) will all arrive at similar conclusions and learn from the reflection of estimate not equal to actual, future behavior will change significantly and quickly, among other assumptions. 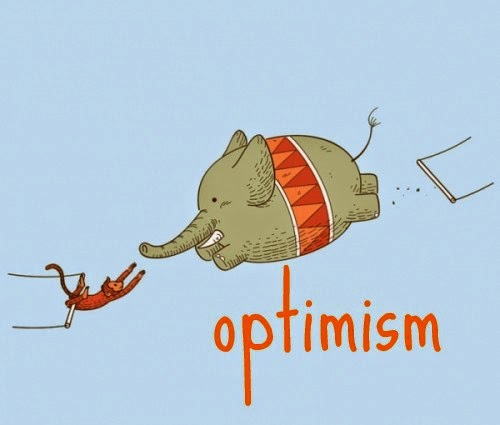 Well finally science has something to say about this.  A study: "How unrealistic optimism is maintained in the face of reality" by Tali Sharot, Christoph W Korn & Raymond J Dolan published in Nature Neuroscience (2011) has some fMRI proof that these behaviors are hard to change.

In the study the authors find:


"Unrealistic optimism is a pervasive human trait that influences domains ranging from personal relationships to politics and finance. How people maintain unrealistic optimism, despite frequently encountering information that challenges those biased beliefs, is unknown. We examined this question and found a marked asymmetry in belief updating. Participants updated their beliefs more in response to information that was better than expected than to information that was worse. This selectivity was mediated by a relative failure to code for errors that should reduce optimism. Distinct regions of the prefrontal cortex tracked estimation errors when those called for positive update, both in individuals who scored high and low on trait optimism. However, highly optimistic individuals exhibited reduced tracking of estimation errors that called for negative update in right inferior prefrontal gyrus. These findings indicate that optimism is tied to a selective update failure and diminished neural coding of undesirable information regarding the future."

So, is this scientific challenge to your ability to get better at estimation enough for you to quit tracking actual time spent on stories/tasks?  The evidence is that your bias will keep you from learning except in the cases that prove you are faster/better/more awesome than you estimated you were.  Which leads many managers to decide that there teams are sand-bagging and just not as good as "we were in the older days," a different human behavior to study.

See Also:
Estimates? We Don’t Need No Stinking Estimates!
"How a hashtag (#NoEstimates) lit the nerdy world of project management aflame — or at least got it mildly worked up." A nice summary of the dust-up.  Imagine if the tag would have been #LeanEstimates?

The #NoEstimates blog by Woody Zuill

Why your Agile Teams are Bad at Estimating - by Heidi Araya

The planning fallacy, first proposed by Daniel Kahneman and Amos Tversky in 1979, is a phenomenon in which predictions about how much time will be needed to complete a future task display an optimism bias (underestimate the time needed).