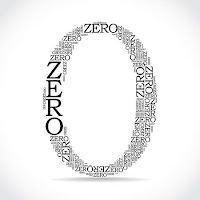 I am working with a team that is in transition.  They have been told that they will practice Scrum.  I don't bother to question this directive from above.  I figure that the people above the team don't know why either...  oh, yes they were at the company all-hands meeting where IT was handed down, there were the typical platitude reasons for the change, faster time to market, being able to respond to new influences in the greater marketplace (e.g. AI, Serverless Environments, etc.) all sounded great at the town hall.  But when asked why this particular team that will never see those technologies in their arena would need to practice Scrum - the best reason is - because we said so.  So that is the CHANGE - it has been forced upon these 7 people.  I am acting upon the transition they are going through.  The current transition is in writing stories.  All have said they are use to working with stories, so we dive right in... but they are not very good - it is almost like English is not their favorite subject.

The day before in preparation for this workshop I sent out some reading material.  I decided to see if we can break up the simplest story into many stories.  I call this story slicing (not to be confused with story splitting - completely different).  Rather than using their domain, we use a practice domain... you may be familiar with it...  It seems there was this set of three brothers and each was building a home for themselves to protect their families from the elements and a few bad characters that roamed the neighborhood.

So modeling this story and the capturing of it as an agile story I started telling the tale. 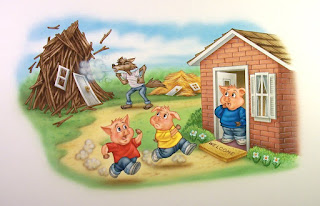 "Once upon a time - there were three little pigs, and each pig built a house.  Then along came the big bad wolf and tried to eat the little pigs.  But each pig ran home and shut the door.  The wolf came to the first house, built of straw and he huffed and he puffed and he blew the house down."

You know the rest of the story... let's assume we estimated the size of this story.... it's a 21 point story.  OK, let's spit - no let's SLICE the story into several valuable stories.  One of the developers suggested we use the Zero, One, Many, technique to slice the story.  I smiled broadly because then I knew that at least one of the team had read the previous night's homework.

What are the objects that one needs to model this story?

Objects:  Pig, House, Wolf, Wind, and a Land to hold and contain the other instances.

What are the messages that will be passed between the instances?

Building a Land that understands that it controls the existence of other objects and that it takes turns asking those objects for changing state, based upon the messages passed is a game.  Building a game is a fun way to learn.  Learning to slice stories into valuable de-composites and being able to integrate those composites into a whole - well, that's a never-ending game.


There must be 50 Ways to Slice a Story

Relearning to count - Zero, One, Many