Dialogue on Retooling the Group Collaboration at a Safe Distance

Chatting with an old colleague about the issues we both face with facilitating group learning environments in the post COVID era we decided to broaden the discussion to learn more from other colleagues in similar predicaments. 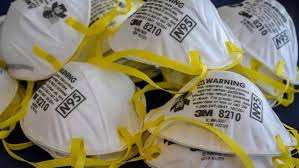 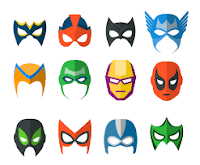 In the pandemic era is the agile age of face-to-face communication over? Are post-it notes a thing of the past? How will we re-tool for this brave new world? Or perhaps we should just wait it out and get back to our task boards? Join us for this lively Lean Coffee and tell us where you stand!

We are thinking it will start as a Lean Coffee event... and what it leads to... we are prepared to be surprised!

Tom Wujec:  Got a wicked problem?  First, tell me how to make Toast.  TED Talk
Discusses the need for collaboration in resolving "wicked problems" and the need for decomposition and reconfiguring the decomposed problem/solution space during design.
Q:  Do our current online collaboration tools do anything near what is "needed" - what is currently capable with a whiteboard?

Make a list of our current toolset.  Which are 21st C. tools?  Which needs new affordances? What might those affordances be?

Define a user experience affordance for those new to the concept.
Affordances are an object’s properties that show the possible actions users can take with it, thereby suggesting how they may interact with that object. For instance, a button can look as if it needs to be turned or pushed. The characteristics of the button which make it look “turnable” or “pushable” together form its affordances.


How do ideas get born - how do NEW ideas come about?
Matt Ridley:  When ideas have sex.  TED Talk


Howard Rheingold:  The new power of Collaboration  TED Talk
a new narrative, new beginnings,  across disciplines in which collective action & collaboration with complex interdependencies play a more important role -THAN- competition and survival of the fittest...  book:  Smart Mobs...
Humans species spans... way longer than...  the collective action problem... new wealth (more protein) new social forms...  !!EXCHANGE....  marks on clay... alphabet... literate individuals ... accountants ... Printing Press ...  literate population ... new forms of collective action emerge... religion reformation / scientific revolution ... constitutional democracies ... new froms of wealth ... capitulations  - now based on the internet (printing/broadcast in a box) ...
People will act to punish cheaters - even at a cost to themselves.  ....altruistic punishment - maybe the glue that holds societies together.
new forms of enterprises - from new media & communication methods ...  commerce is ancient, markets are very old form, capitalism is rather new, socialism emerged in reaction to capitalism, yet very little discussion upon the (obvious there will be a next) form ... peer to peer production.
Companies are learning that a certain kind of sharing is in their self-interest (Open-source SW).  Self-interest that adds up to More.

Matt Ridley:  When ideas have sex.  TED Talk
the only species that becomes more prosperous as it becomes more populous!
Object creation from the hand axe to the computer mouse... both designed for the human hand.
hand axe has one million years of production with little to no improvements or changes;
the mouse - about 5 years.
the number of substances ... one vs thousands ... the intriguing thing is the cumulative technology, the accumulation of ideas.
The combinational power of dual inheritance (sexual reproduction) - but not in Object-Oriented Computer Languages.  What is the corollary in culture?  Exchange.  unique to humans - no other does it.  other cultures exist - chimps, killer whales have culture; but humans are the only one so far that gets a combinational expansion, never grow & accumulate...  because their ideas are NOT having sex. Ours are having really good sex.
Why does exchange raise living standards - David Ricardo's 1817's idea of saving effort or time.  Trade/exchange creates a virtuous feedback loop creating more value.
Example:  one hour of reading light... over the years...  this is prosperity.
Who makes the objects of our everyday life....  millions of people... combinational math....
specialization and exchange have lead to this... we raise each other's living standards via corroboration.
Neanderthal didn't exchange - no evidence for it.  Male/Female division of labor didn't exist in their culture - that we know of.
Trade is 10 X older than farming.  Shell's move inland, is an indication of trade.  Exchanging between groups -> specialization -> virtuous cycle.
If you stop exchange - you can throw progress into reverse. (Ex Tasmania, sea-level rise cut of exchange and culture regressed.)
Who knows how to make the axe and the computer mouse?
No ONE person knows how to make the mouse.  or a pencil.  Leanord Read - economist "I, pencil"
we have the ability to exchange things we don't even understand - not true with language.... 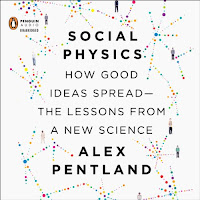 we are the neurons in a global collective brain ... exchanging ideas ... this causes (emergence) technological progress ... we are accelerating the rate of innovation.


Social Physics: How Good Ideas Spread - The Lessons from a New Science
By Alex Pentland
How the flow of ideas between people & how it translated into behavior.