December 04, 2010 By David
Wondering about improving the collaboration of a distributed Scrum team, I started thinking of the history of long distance communication.  I'm no expert but here's what I see in history, the trend, the current state, and the future.

History shows us that we humans have struggled with the problem of transmitting message over space.  Getting a signal to cross space is easy, attaching meaning to the signal has been much harder and insuring the veracity of the meaning is really tough.  None of that insures that meaning has been understood.  However we have studied this phenomenon and found that increasing the modes of message transmitted improves the understanding of the  received message.  That is; as we move along the modal continuum of written, verbal, visual, video messages we increase the chance for higher fidelity message understanding.

Lessons to be learned - use the highest bandwidth medium possible.

But in the year 2010, I still find our technology lacking.  Dick Tracy had a great system in the 1960s, his wrist watch TV always worked never had glitches or dropped calls.  I believe FaceTime to be in keeping with that vision.  It is simple to use, but requires I stand in selected areas (wi-fi enabled zones of my environment).  It also is a proprietary system that like the first telephone system require pairing the two end points with the same device.  This was a problem with early systems in Greece (clepsydra - water clock).  Solving this requires standardization upon open protocols - it is a known solution and responsible for the success of the internet/web that you are now using.

The telephone networks in the USA were largely successful because of the monopoly that was granted to Ma Bell.  That had it's down-side also - stagnation of the industry.  If we were to pick a company today to be that monopoly holder with the hopes of unifying the industry and making all system work together (like the POTS - Plain Old Telephone System), who would it be?  I select Apple.  One of the largest 10 companies in the world (market capital) and one of the most innovative.  After we get our ubiquitous video phone on our wrist watches (ala Dick Tracy) and we are happy with the service we can break up Apple (like we did AT&T & Microsoft, etc).


Signal Fire - think prearranged and agreed message indicated by the lighting of a fire at the top of a mountain.  The fall of Troy was signaled by King Agamemnon to Queen Clytemnestra in Greece using this method.

490 BC the Expendable Runner-Messenger - think Pheidippides from a battlefield at Marathon, runs 26.2 miles to Athens to deliver the news "Niki!" ("victory"), then collapsed and died.  Before this innovation people just walked, but news traveled much slower.


Signal Flags - think ships at see with the Jolly Roger set in the mast.  Early use of this was shown to include mis-communication of the highest order.  On the Argonautic Expedition Theseus used colored sails to send messages to the fleet.  Forgetting to lower the black sail (signal of battle and of death) after the battle, his father Zgeus saw the black sail and interrupted the signal as the death of Theseus.  Grieving he jumped overboard to drown.  Opps - Theseus should have raised the red sail - a signal of victory.

So way back then we were challenged with low bandwidth and poor signal quality. 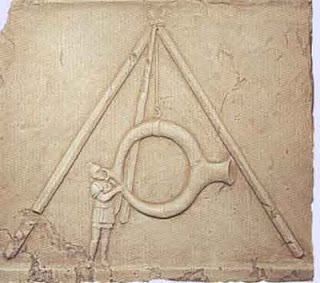 335 BC Bull Horn or stentorophonic tube.  Alexander the Great used one and could communicate 12 miles.

A clepsydra is a water clock which if paired with a similar device could be used to sends prearranged signals via light signals.  Yes this is the beginning of optic communication systems. Image that the device, a container was inscribed with messages at varying heights of water, the container had a hole & plug in the bottom.  Upon signaling the two water clocks would be unplugged at the same time (synchronized by the light signal) when the light was extinguished the hole would be plugged.  Given the same flow rates the water level would be identical and the height would indicate the message at that level.  Pure genius, but quite a lot of preparation work to send a signal of prearranged messages. And the cycle time was quite high - one had to refill the two containers with water.

This is not much different than current signaling technology.  The prearranged messages are now 1 or 0, on or off.  However the signaling rate is much higher (mega hertz) not to mention multiple channels of concurrent signals.

Compressing the timeline a bit - because the state of messages transmitted over distance didn't change much for thousands of years.

1790s Optical Telegraph - Napoleon used one innovated by the use of semaphore networks, he was able to communicate over much greater distances than his foes, and gained great advantage.

1830s Electromagnetic Telegraph - it took quite some time for innovation to make these devices useful.  Invented in 1804, and put into commercial use on Britain's Great Western Railway in 1839.  Morse developed his telegraph and the famous code in 1837 and drove the Pony Express out of business with a trans-continental telegraph line by 1861.


1843 Alexander Bain invented a device that could be considered the first facsimile machine - a recording telegraph.

1855 Giovanni Caselli created a telegraph that could transmit images. The "Pantelegraph" was successfully tested on a telegraph line between Paris and Lyon.  Note how long it will take to make this commercially available - why? See 1934 below for a hint.

1860 Pony Express - a fast mail courier service from St. Joseph, MO to Sacramento, CA it is well known for a failed business - it lasted just over one year (April 1860 - October 1861).  Messages required just 10 days from Atlantic to Pacific coast.

1876 Bell patents the Telephone - an innovation to the telegraph that allowed clear speech to be heard on the receiving end.  “Mr. Watson, come here, I want to see you.”  Bell didn't invent the phone.

1891 Alexander Graham Bell envisions the videophone  "...the day would come when the man at the telephone would be able to see the distant person to whom he was speaking."

1906 - AM radio - Oh Holy Night is broadcast in Massachusetts by Reginald Fessenden.

1920s First Video Phones -  technological precursor to the videophone was the teleostereograph machine developed by AT&T's Bell Labs. By 1927 AT&T had created its earliest electromechanical videophone, called an ikonophone.

1934 - Answering Machine - How Ma Bell Shelved the Future for 60 Years "In early 1934, Clarence Hickman, a Bell Labs engineer, had a secret machine, about six feet tall, standing in his office. It was a device without equal in the world, decades ahead of its time. If you called and there was no answer on the phone line to which Hickman's invention was connected, the machine would beep and a recording device would come on allowing the caller to leave a message."

1930s Dialing Phone network - the consumer could now self select the party to call (dial a number) and the network was powered by a central office rather than individuals local battery.

1960s Cordless Phone - "The Carterphone, a crude device for interconnecting a two-way radio with the telephone, led to the reversal of the Federal Communications Commission ban on direct coupling of consumer equipment to phone lines (known as the 1968 landmark Carterphone decision) on June 26, 1968. The original cordless phones, like the Carterphone, were acoustically (not electrically) connected to the Public Switched Telephone Network (PSTN)." Not until the 1980s will this become a successful commercial product. 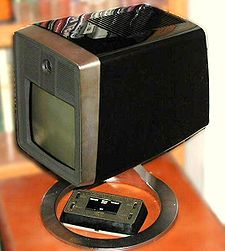 1983 First Cell Phones in Chicago, US

1990s Satellite Phone - using low earth orbit (LEO) satellites it is possible to have global coverage - however both companies (Globalstar & Iridium) have gone bankrupt with this business plan's high cost of a constellation of many satellites (44 & 66).

1996 US telecommunication companies petition the US Congress to ban Internet phone technology. 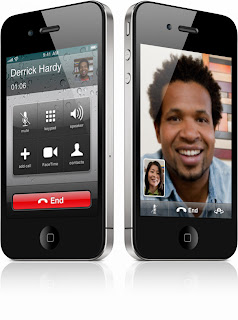 2010s Telephone companies switch from time to data as the unit of commerce.  AT&T plans for my iPhone start charging me for data (2 GB for about $40) rather than 10 cents per minute for calling someone in the USA.  In essence AT&T gives me calls for "free" if I pay for the data that the calls require (via the merging telecommunication networks; POTS & Internet).

2014 Eugene passes the Turning Test.
"An historic milestone in artificial intelligence set by Alan Turing – the father of modern computer science – has been achieved at an event organised by the University of Reading.  The 65 year-old iconic Turing Test was passed for the very first time by supercomputer Eugene Goostman during Turing Test 2014 held at the renowned Royal Society in London on Saturday 7th June.  ‘Eugene’, a computer programme that simulates  a 13 year old boy,  was developed in Saint Petersburg, Russia." RobotEnomics - Tracking the march of the robot economy, by Colin Lewis.

The Hummingbird Effect: How Galileo Invented Timekeeping and Forever Changed Modern Life
by Maria Popova.  How the invisible hand of the clock powered the Industrial Revolution and sparked the Information Age.

A Perspective on Time  by Visual.ly 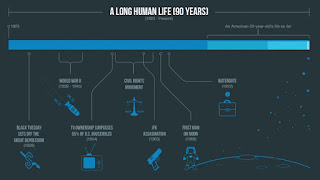 All of Earth's history mapped to a 100 yard football field timeline.

A history of Europe - time-lapse of 6000 years of political control over the map.


End of nations: Is there an alternative to countries? 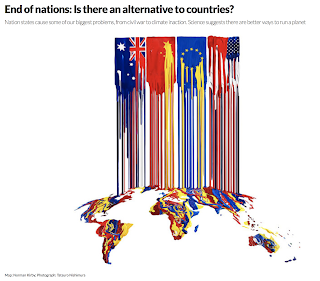 Unknown said…
So Good post and i will follow you Blog and i hope to follow my blog AncientGreece.Me and see more about Maps of Ancient Greece for Students thanks a gain admin ,,,
June 6, 2012 at 1:24 PM

Colocation said…
Nice post. I am highly interested on this. Relying in your firm necessities, your colocation facility may offer you devoted Web connections, 24/7 IT assist, expanded space for storing and high-quality internet hosting providers. Colocation lyon
February 10, 2019 at 3:05 PM