A change towards a higher level of group performance is frequently short-lived, after a “shot in the arm”, group life soon returns to the previous level. This indicates that it does not suffice to define the objective of planned change in group performance as the reaching of a different level. Permanency of the new level, or permanency for a desired period, should be included in the objective. -- Kurt Lewin

Then there is the most well known:  John Kotter's 8 Steps model.
These were developed from Kotter's study of failed organizational changes.  He found these typical failure modes:

From:  “Force for Change: How Leadership Differs from Management“  by John Kotter.


Another model is the ADKAR model for individual change management by Prosci. This is a 5 step model.
Described in Jeff Hiatt's (2006) book ADKAR: a model for change in business, government and our community. 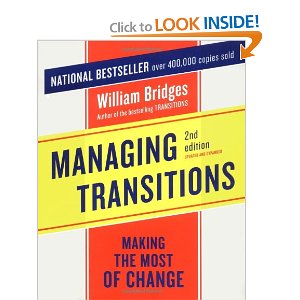 Comparing these 3 well know models we see a pattern.  Change is hard, people are the resistance force and the driving force for change.  The number of steps in the model are less important than the full understanding that change is a process.

One of the best models for understanding that change is a process is William Bridges's book Managing Transitions: Making the most of Change.  In his model we have: The Ending, Neutral Zone, New Beginning.  The key is viewing change as a transition process.