February 12, 2011 By David
I proposed the test in February  2011; it's not really been widely accepted as the defacto standard - yet.

What is the purpose of the Starbucks Test?  To indicate to me, a Fluent Digital Immigrant, the likelihood of happiness when engaging with a new an unknown organizations.

The premise:  When one walks into a Starbucks one expects to increase their happiness. 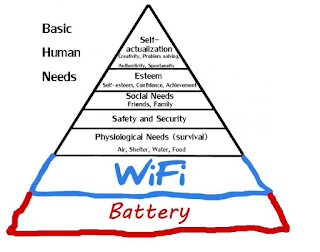 Either by making a "fair" exchange for a coffee with lots of options, and the opportunity to speak in riddles (order: I'll have a tall, skinny, why bother) to the happy staff that deliver value in a very predictable and expected way.  Or to not exchange any of my hard earned money - and just soak-in the cool (or warm) air and spend some quality time using their wonderful space to think, chat, or while-away some hours.

The exchange is fair because you both agree to it. It is not the best price that a fair market should trend toward. But there are so many externalities that keeps this best price from being reached. One externality is that the free WiFi does cost them money weather you buy coffee or not while checking your email at the UPS Store next door.

The Starbucks Test - what's my likelihood of happiness engaging in a relationship with this company?

Define: Digital Native - see Marc Prensky's papers (he coined the term).
"Digital Natives. Our students today are all 'native speakers' of the digital language of computers, video games and the Internet."

Define: Happiness - countries do it, communities do it, people do it, bees do it...
Sandra Bullock has done it (Blindsided for Happiness).  My Personal Values start with Happiness so obviously I've done it.
June 2014 -Your local coffee house has just become the largest Student Union on the planet.  Starbucks offers to pay last 2 years tuition to Arizona State (ASU online program) for their baristas (Seattle Times article).


The first organizational chart was a tree form describing the people and roles of the Erie Railroad with the executives at the bottom. 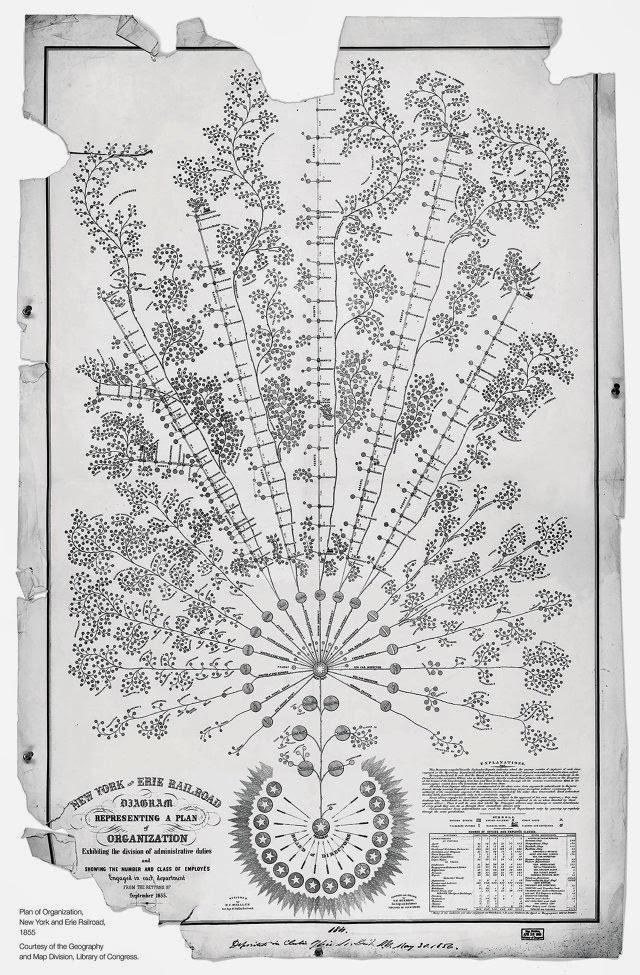 The Nokia Test
If you have been around in the Agile world then you may have heard of the Nokia Test.  A simple 10 question test of an organization's (or team's) ability (or readness) to become a high performing Scrum team.

Where did the Nokia Test come from?
Jeff's latest version in PDF.

Bas Vode (CST) developed a small test for teams he was coaching at Nokia, it has been called Nokia Test.  In 2008, Jeff Sutherland adding a scoring system and referred to it as the "Scrum But" test.

The Joel Test - 12 Steps to Better Code
Another example is the Joel Test.  I read and used this back before Danube introduced me to this Agile thing.  Joel said: "I've come up with my own, highly irresponsible, sloppy test to rate the quality of a software team. The great part about it is that it takes about 3 minutes."  Here it is (circa 2000) - The Joel Test.  From Joel Spolsky, or Fog Creek Software and Stack Exchange API.

Related to happiness and the pursuit thereof...
Blindsided for Happiness - Would you make the Sandra Bullock trade?

HBR: Design Offices to be more like Neighborhoods a look at 21st C. office space design that encourages collaboration and interactions - by design.