Collaboration is the KEY to your Survival

What do you think of this statement? Is it too bold, completely wrong, or just off the mark?

The group behavior of collaboration beyond local group boundaries has allowed Homo Sapiens (Latin: wise man) to be the last of it's kind - by being the "fittest" survivor in the  Hominidae family (order Primates).

So just to set the record straight - we have outperformed - in the fitness for purpose regarding our cousins:  extinct species H. habilis, H. erectus, and H. heidelbergensis as well as the Neanderthals.

Some would believe that the "survival of the fittest" refers to strength and physical ability - which I'm told the Neanderthals far outperformed H. sapiens; it does not refer to physical fitness (a common misconception). And in this adaption to purpose our ancestors' collaborative skills made them one heck of a star performer. Take a contrived example - you're with a band of travelers and Thag the fire bearer has fallen off a cliff into a raging torrent of a river. We the cooperative Homos go after Thag and retrieve his wet but still alive body. But now with no fire (clumsy Thag) and a companion with a broken thigh we find shelter and help him recover. We chance upon another tribe... and because of our collaborative nature work out a trade of fire for some arrow-points. We survive and Thag mends and when he dies and we lay his body to rest in our sacred place it is his broken & mended femur that anthropologist will point to and say - this marks the beginning of culture/society. (based upon Margaret Mead's quote )

Yet where did the collaboration come from? 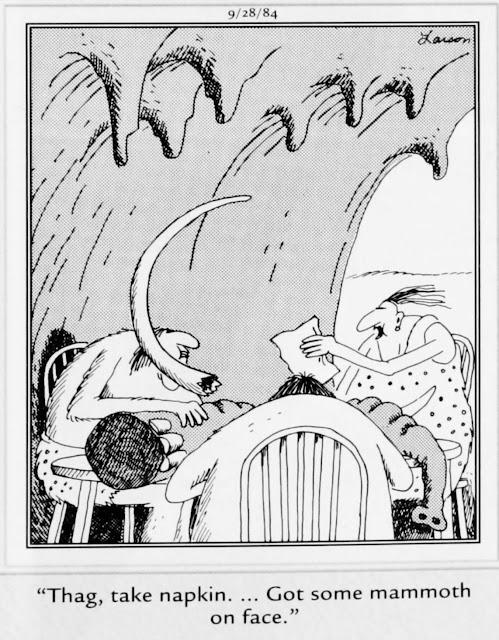 In the contrived - yet realistic example - the collaboration is a minor role in the story. But it may be the very key to H. sapiens's existence. And is just an example to show how the ability to collaborate across tribes - with unknown strangers would benefit the species - allowing that tribe and even clumsy Thag to pass along more genes. Oh, yes Thag goes on the be the gimpy guy who gets all the ladies, because he stays around the fire while everyone else is out hunting... so he's good with kids - a feature one might desire in a mate.

So - does your company foster, and nurture collaboration?

Want to learn how to collaborate - learn to "Give Attention"

Joseph Gordon-Levitt has gotten more than his fair share of attention from his acting career. But as social media exploded over the past decade, he got addicted like the rest of us -- trying to gain followers and likes only to be left feeling inadequate and less creative. In a refreshingly honest talk, he explores how the attention-driven model of big tech companies impacts our creativity -- and shares a more powerful feeling than getting attention: paying attention.